Hearing the call…on a farm. The story of founder Marilyn and her sister Shirley.

Learn about the culture and read updates from the village

Go on an adventure and serve in Hauna Village alongside those already there.

To see as many people as possible in the church get mobilized to be involved in overseas missions. 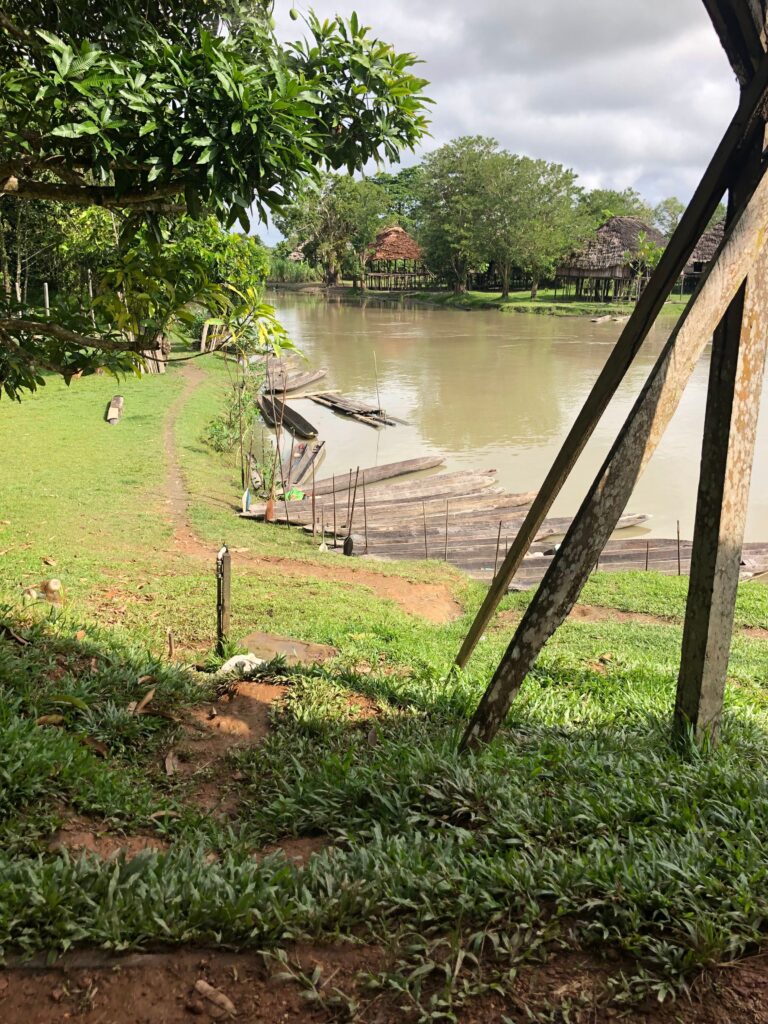 Hearing the call…on a farm

Marilyn heard God’s call at age 12, studied linguistics and then lived for 24 years in a jungle village translating God’s Word for people who had never had a written language, let alone a verse of the Bible.

The second half of her life, she was a sought-after speaker for conferences, retreats, colleges, banquets and other events. With a twinkle in her eye and a mischievous smile, she recounted times when she heard God’s call, argued with him about who’s in charge, ate grubs and witnessed miracles.

All of Marilyn’s stories can be read and watched in her books and videos, available in our store.

As good as her stories about her past were, the best part was how the Lord used her in the lives she interacted with while on the road speaking. Whether it was on stage in front of a thousand teenagers, on a college campus, or sitting, talking through questions about God’s will, one-on-one Marilyn has inspired more people to follow God’s call into the mission field than just about anyone. Hundreds, if not thousands of current missionaries point to Marilyn’s stories that were used by God to call them into missions.

What made Marilyn so special is that she didn’t think she was special. She believed she was just an ordinary person serving an extraordinary God – and He gave her opportunities throughout life to trust Him and find Him faithful.

Shirley, Marilyn’s sister, joined her in Hauna while the translation was still in progress, and is currently still serving in Papua New Guinea in Hauna Village. She works everyday teaching kids to read and write, and working with the villagers, who work in the Sepik Christian Ministries main house. Under Shirley’s leadership and credentials, teachers are being trained in Hauna to be sent out to surrounding villages to open a primary school where there are none.

Sepik Christian Ministries is the entity established under the Papua New Guinea government to operate the school programs in Hauna. The leadership is made up of 12 villagers, 3 from each clan. Each day, the leadership team have various duties from teaching, to operating the sawmill, to mowing the grass landing strip. To contact anyone in Hauna, please send correspondence to our office or send a message using our Contact Us form.

Marilyn LaszloFounder
Marilyn was the founder of Laszlo Mission League, which she started in 2003. Marilyn was never married as she gave her life to full-time missions. Marilyn passed away on September 9, 2021. She was 88 and suffered from Alzheimer’s disease. A Celebration of Life took place on October 5th, 2021. You can view her service here at the YouTube link above.

Shirley KilloskyMissionary
Shirley, Marilyn’s sister, joined her in Hauna while the translation was still in progress. Shirley served there until Spring of 2020 when the Covid-19 pandemic brought her back to Boise where she lives near her daughter and son. In Hauna, she worked everyday teaching kids to read and write, and working with the villagers, who work in the Sepik Christian Ministries main house. Under Shirley’s leadership and credentials, teachers were being trained in Hauna to be sent out to surrounding villages to open a primary school where there are none. Shirley has four grown children and five grandchildren.
Topher PhilgreenPresident
Topher started Laszlo Mission League in 2003 with Marilyn. He has had 35 years of non-profit experience as the COO of Youthfront, a 75 year-old youth organization in Kansas City. Topher graduated with a Management and Human Relations degree from MidAmerican Nazarene University, and lives south of Kansas City with his wife April and has four children, all grown. Topher has traveled to 22 countries leading many mission trips and has been to Papua New Guinea 13 times. He also serves on the Board Directors.
Courtney GrasDirector of Administration
Courtney started working for Laszlo Mission League in March 2019. She combines a love of serving others with administrative experience from working with her church and another local non-profit. Courtney enjoys living in Kansas City, spending time with family, and a good thunderstorm.

David StanleyBoard Member
David serves as Executive Director of an inner city youth ministry he started 14 years ago called KICK Ministries. He has extensive international missions experience and 25 years of professional ministry experience having served as youth pastor, senior pastor and worship leader in local churches and para-church organizations. He has a Bachelors of Organizational Leadership and a Master of Divinity, and is a licensed pastor of The Evangelical Covenant Church. He currently resides with his wife and four boys in Olathe, KS.
Lorelei WeimerBoard Member
Lorelei is the niece of Marilyn Laszlo and Shirley Killosky, and she has been to Hauna Village three times. Lorelei is passionate about the next phase of ministry in Hauna. She is a graduate of Purdue University with a degree in Hospitality and Tourism Management. She is currently the Executive Director of Indiana Dunes Tourism and has been with this organization since 1991. She is a member of Liberty Bible Church and resides in Chesterton, Indiana.
Lisa WilkesonBoard Member
Lisa served as the Missionary Chairman for many years at a church who faithfully supported both Marilyn Laszlo and Shirley Killosky. Lisa is a graduate of Indiana University with a B.S. in Education. In addition, she has two Master’s Degrees in Education from Purdue University focusing on Curriculum & Instruction and Educational Administration. She currently works as the Director of Transportation for School City of Hobart.

So what is Hauna doing?

The Covid surge has leveled off in PNG although they are still wearing masks in the cities. As the rest of the world is opening [...]

Covid-19 has greatly surged in Papua New Guinea! There are scattered reports coming back to us that hospitals are full and people are sick and [...]

Relatively “normal” in Hauna for now

Even though this recent surge in the Covid-19 Pandemic has wreaked havoc with the rest of the world, life is relatively normal in Hauna Village. [...]